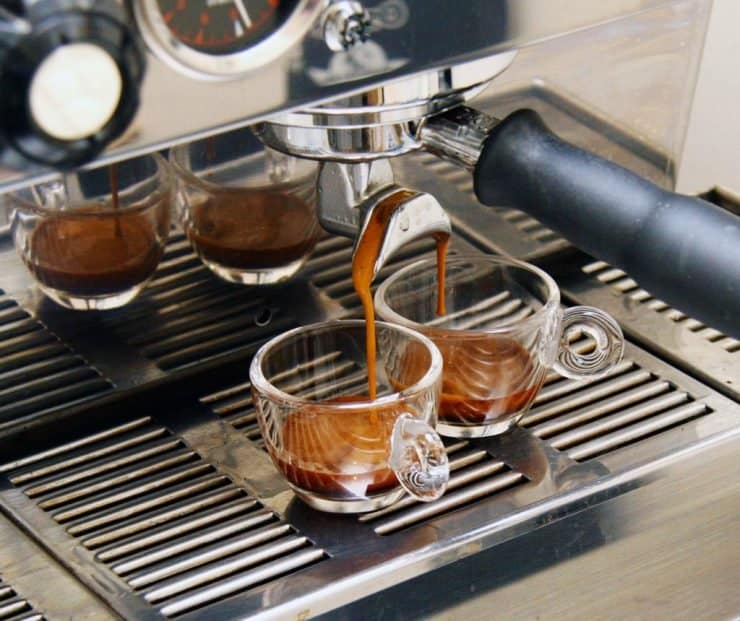 The brewing methods are also determined by the equipment used during coffee preparation. The equipment can be an espresso machine, an automatic drip coffee maker, a French press, or a simple cezve, (called ibrik in North America).

This is a misnomer because, with this brewing method, coffee grounds are not really boiled. Nevertheless, it is called the “coffee boiling” technique, and it is the most simple and economic method. While coffee boiling is very easy and simplistic as a method, it is not easy to nail the perfect cup, and more than that, there are distinctive variants of it. 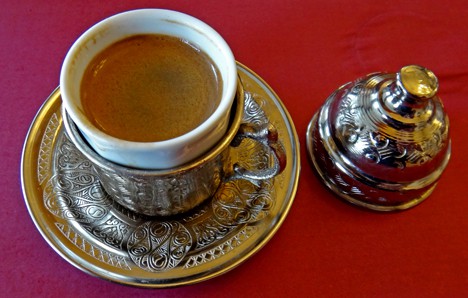 The grounds will be placed inside a vessel or a cup, and then near-boiling or boiling water will be poured on them. The coffee grounds will steep in the hot water up until the drink is cool enough for drinking. It is exactly the way tea is brewed as well. The moment the coffee gets to the drinkable temperature, the grounds will start to sink onto the bottom of the cup. If they don’t they may be strained. This form of coffee was initially termed as “Cowboy Coffee” because it came around the campfire. Cowboy coffee is made using a cup of boiling water with few coffee grounds. While the method is very rustic, it is simple, it doesn’t require any equipment, and it produces a clear cup of coffee.

The grind for cowboy coffee is coarse, and the extraction is somewhat incomplete. The advantage of brewing cowboy coffee is that the coarse grinding allows the ground coffee a longer shelf time versus the fine ground of Turkish. Turkish grind will accelerate the coffee oxidation and it will become stale faster. For this reason is more adequate for camping, where you usually don’t have a grinder available, and you have to take pre-ground coffee.

Turkish coffee can also be produced through the boiling technique. To get a proper Turkish coffee, the beans are ground into fine coffee powder. The coffee powder will be mixed with water and optionally sugar, into a pot with a narrow top known as “cezve”, or “ibrik”. Because of the very fine grind, the mixture can be overflow near the boiling temperature, so one trick is to remove it from heat right before overflowing, the other trick is to brew it at lower temperatures for longer times. The grounds will completely sink to the bottom of the cup, after 30 seconds from the brewing, it is just enough to let the brew cool off a bit, down to the drinkable temperature. 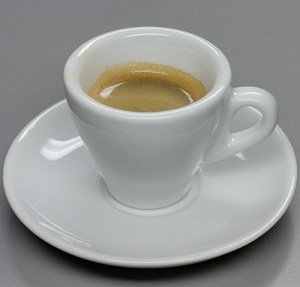 The most famous pressure brewing method is espresso. Espresso is obtained by pushing hot water, slightly under boiling temperature, (around 200o F), with pressure, (8 to 9 atmospheres), through ground coffee. The grind for espresso is fine, but not as fine as for Turkish. An espresso shot has an extremely strong flavor, and it is very strong. On the other hand, the shot is very small, around 1 or 2 ounces of brewed liquid.

Espresso, although a very strong coffee, doesn’t contain as much caffeine as a cup of drip, or Turkish coffee. This is due to the lower extraction temperature, and the short time of which water is in contact with the grounds. Espresso gets a lot of its attention because it is the key ingredient in a lot of “espresso drinks“, such as latte, cappuccino, mocha, flat white, etc…

Espresso is prepared with an espresso machine, a special coffee maker that can produce the 9 bars of pressure necessary for a good extraction. Espresso is considered on of the most difficult brewing methods,

The Moka pot is an Italian device which brews an espresso-like coffee. Inside a Moka pot, water is boiled in the lower section of the, and will then be forced up, by the steam pressure, going through the coffee grounds, situated in the pot’s midsection chamber. The coffee will be collected inside the high chamber where it condenses.

The coffee is brewed in such a way is very strong and resembles espresso. The pressure in a Moka pot is very low, compared to an espresso machine, and the water temperature is slightly higher, so the end result is not really an espresso as many Moka pot manufacturers claim, but it is a distinctive brew, that is delicious in its own way.

A particular type of pressure brewing, the vacuum brewer, is a spectacular device. The vacuum brewer, also known as vac pot, or vacuum pot, consists of two chambers: the pot and the bowl that sits just on top of the pot. Water will be placed inside the pot, while coffee grounds will be placed in the upper bowl. The pot will be set on the burner to heat the water. While the water heats, it will be forced up to the bowl because of the pressure of the vapor. Once all the water is vacuumed into the upper chamber, the bowl, the vacuum brewer will then be taken off the stove. While the brew in the upper chamber cools down, the coffee will be pulled down into the pot. The coffee is sucked back by the pressure difference created while heating the pot. The air cools down creating a vacuum, thus pulling the brew from the upper chamber. At this point, the bowl may be detached, and coffee poured into cups. The best thing about vac pot brewing is that it retains all the delicate aromas and flavors of the beans. This is particularly important for brewing fine beans such as African, or Central American blends.

AeroPress is a relatively newer type of coffee brewing, and it was invented by Alan Adler. Classic AeroPress coffee has a clean taste with clearly defined flavor notes. This is due to the paper filter that retains coffee oils and sediment from getting in the cup. AeroPress uses a combination of immersion and pressure for the extraction, and this gives the barista a lot more options to create unique coffee brewing recipes.

The AeroPress can be used with metal filters, similar to the espresso filter baskets, or with screen filters similar to the French Press screen. Depending on what type of filter is used, and the brewing variables used in the recipe, the AeroPress can make a variety of coffee styles resembling espresso, French press, drip coffee, and hybrids.

Because of versatility as a coffee brewer AeroPress is a great device for coffee drinkers who like to experiment, or who like more than one coffee style.

Also known as drip brewing, filter brewing is a method commonly used by most coffee makers in American homes. Coffee grounds will be placed inside the filter basket, while the heated water will be dripped inside the basket in which it blends with the grounds of coffee, and then exhausts through a coffee filter. It then produces the common “coffee” drink by most Americans. It is commonly called as espresso.

The electric percolator applies a hybrid approach that contains both aspects of the pressure and gravity methods. Several years ago, this was the widespread method of coffee brewing at home. Water will be placed inside the percolator‘s lower chamber, while coffee grounds will be placed inside the filter basket within the percolator’s upper chamber. While water reaches the boiling temperature, pressure carries it upwards in which its drips through the grounds, filters into them, and goes back to a lower chamber. The coffee is enabled to “percolate” for a predetermined time period, in such way, having the coffee liquid producing manifold passes through the used coffee grounds.

Pour-over brewing is not a new method, it was used by various cultures for a long time. The method came to the Western attention after the rise of the single cup brewing trend. Coffee is not a shot of caffeine anymore for people, it is a gourmet experience.

Pour over is a relatively inexpensive drip method, for preparing a single cup of coffee. The advantage is that we can get a full coffee infusion for small brew quantities, which it’s impossible to get with drip coffee machines. In essence, pour-over brewing is a drip brewing, but you have to heat the water on the stove, and then pour it into the small brewing device. The device is conceived so that it slows down the dripping, thus optimizing the infusion.

Known as the press pot, the Cafetière or French press is a narrow, tall cylinder with a plunger that has a mesh filter attached at the end. The coffee grounds are placed in the pot, and then hot water is added. Coffee grounds will be left to steep in the water for a few minutes, and the filter/plunger is pressed down, to contain the grounds, and allow the filtered brew to separate at the top. French press is a great method to make a delicious cup at home. The coffee is bold, and the brew retains a lot of the aromatic oils, and most of the coffee’s flavor. It is a nice single cup method, and it is relatively inexpensive.

Turkish coffee can be also prepared as a steep only method. In this case, the final brew will retain more flavors and aromatic oils.

Cold brew is a method that uses cold water and finely ground coffee and calls for long time steeping. Cold brew extracts less caffeine than regular methods but is less hard on the stomach, and people sensitive to coffee.